Sun Chemical is a global ink manufacturer with an integrated brand protection business. It has expertise in packaging, printing and security; offers a diverse brand protection product portfolio; and has a presence around the world to make it a good fit in resolving counterfeiting issues on packaging for any multinational brand.

Counterfeiting has become a worldwide epidemic and the dangers it poses are vast. Counterfeiting threatens public health through the production of inferior medicines, foods and beverages; causes taxes to increase by sidestepping official channels; increases public spending by boosting law enforcement to counter the illicit trade; and raises the price of legitimate products as companies seek to recoup their losses.

The problem of counterfeit products cuts across industries and can be found in a wide range of diverse product types. Some of the key industries most vulnerable to counterfeiting include automotive parts, alcohol, computer hardware, mobile phones, packaged foods, personal goods, pharmaceuticals and tobacco products.

Counterfeiting even affects simple things like sunglasses, shoes, tools, safety goggles, electrical plugs and tea bags. Pirated and counterfeit goods are increasingly being sold online, where the use of legitimate websites to deliver infringing goods has made it that much harder for law enforcement officials to detect.

How big of a problem is counterfeiting?

According to the World Health Organization, the global trade in counterfeit pharmaceutical drugs is estimated to be worth over $32 billion. USA Today reported in February 2012 that, in developing countries, approximately 30% of medications sold are fake. Not only can counterfeit drugs lead to dangerous health side effects, or even death, they erode consumer confidence in a brand.

The UK's Telegraph reported in November 2013 that wine industry experts estimate that up to 20% of all bottles of wine sold worldwide are counterfeits. The Irish Times reported that 929L of counterfeit alcohol were seized by authorities in Ireland in 2013. That was an increase from 232 fake alcohol bottles confiscated a year earlier. RIA Novosti reported one man was arrested for smuggling 800 bottles of counterfeit vodka into Russia in 2013. The deaths caused by counterfeit alcohol were 12,000 in Russia alone in 2010. 60,000 bottles and labels of fake champagne were seized in Italy in February 2014. Channel NewsAsia reported in February 2014 that over 1,200t of counterfeit and substandard foods, and nearly 430,000L of counterfeit beverages were seized across 33 countries. These included everything from oil, vinegar, biscuits and chocolate bars to fake spices, condiments and substandard dairy products. In fact, $17.2-million worth of counterfeit foods and drinks were seized in Colombia.

Counterfeit cigarettes have also been regularly seized. In Ireland, 37.7 million fake cigarettes were seized in 2013. They pose even higher risks than legitimate cigarettes, as they contain much higher levels of nicotine and other dangerous chemicals, such as arsenic, benzene, cadmium and formaldehyde. Exact numbers are hard to quantify, but based on these various reports, it is clear that the counterfeiting problem is vast and growing.

There are no 'silver bullets' for dealing with counterfeiting, but there are strategies, options and techniques commonly used across industries to address brand protection issues.

Protecting ROI: fighting back against the counterfeiters

With profits, corporate liability and brand reputations at stake, more companies are fighting back to protect themselves. For example, in the past six years, more than 25 pharmaceutical companies have reportedly become members of the Pharmaceutical Security Institute (PSI), an organisation made up of corporate security officers, law enforcement and customs officials who work to stop this illicit activity.

Increasingly, brands have expanded their budgets for confronting counterfeiting and diversion issues. In addition, companies are being more proactive in applying anti-counterfeiting technologies to their products, particularly to their packaging. As decades of experience in the area of security documents and currency have shown, it is an established maxim that no single technology works best for all products and situations, and multiple approaches and technologies are needed - that is, a layered approach is what works best.

An excellent example of a layered approach can be found in a person's wallet in the form of paper currency, which is basically the visible outer wrapper (or packaging) for the intangible monetary value represented by the denomination of the currency note in question. Very often, a currency note will have from six to ten overt security features with many more hidden or covert features.

This many security features is arguably extreme. Each brand protection situation needs to be assessed individually and on its own merits. And the number and type of product anti-counterfeiting technologies deployed should be based on the given situation and the goals of the brand-owner.

Sun Chemical has a range of overt and covert security features that can be supplied as printing inks or be incorporated covertly into the packaging. Covert solutions offer increased security compared with overt solutions and are viewed as the second line of defence.

High-level covert solutions will contain some form of taggant that is only visible or detectible through more sophisticated hand-held readers, which range from laser pens to dedicated readers with controlled distribution. Through the incorporation of these forensic markers, suspicious packaging can receive laboratory analysis, which not only plays a very important role in identifying a fake, but can also serve as evidence in courtroom situations.

Sun Chemical's taggant solution for packaging includes Verigard technology, which offers a lock-and-key approach to securing and authenticating brand packaging and documents of value. Using machine-readable taggants and readers available only from Sun Chemical, this is a highly effective system of covert marking and verification for visible and hidden ink applications.

In addition to the Verigard system, Sun Chemical can also use Hidden Indicia. Developed by Sun Chemical's partner, Graphic Security Systems, Hidden Indicia uses proprietary software to encode covert images into original art. These images are revealed either optically by using a credit-card-sized plastic lens, or digitally using a smartphone or scanner equipped with decoding software.

One of the advantages of Hidden Indicia is customised messaging, where multiple images can be hidden as words, logos or pictures. Implementation is simple, as no special inks or print techniques are required. Hidden Indicia is also very secure when encoded at high resolution or in a clear varnish or coating.

Highly flexible brand protection security solutions are made possible through technologies that are incorporated into the ink. Packaging printers are able to use these inks without having to adjust or replace any press equipment or process lines, as the products are supplied as standard inks suitable for all single-trip applications, which makes security a realistic option for all brand-owners.

All of Sun Chemical's brand protection technologies can be applied directly to paper, plastic, metal or foil by either printing or incorporation directly into a product at relatively low cost, and require only a small-sized reader in most cases.

Counterfeiting is a global problem. In your world, that means thieves are trying to steal your most prized possession - your reputation. Fortunately, Sun Chemical has the anti-counterfeiting technology you need to protect your brand and reputation. From infant formula to adult beverages and more, it's just one more way Sun Chemical helps you go securely from concept to consumer - all from a single, trusted source. 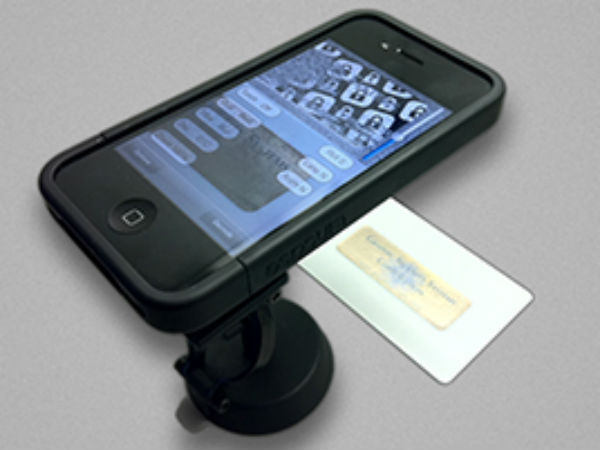 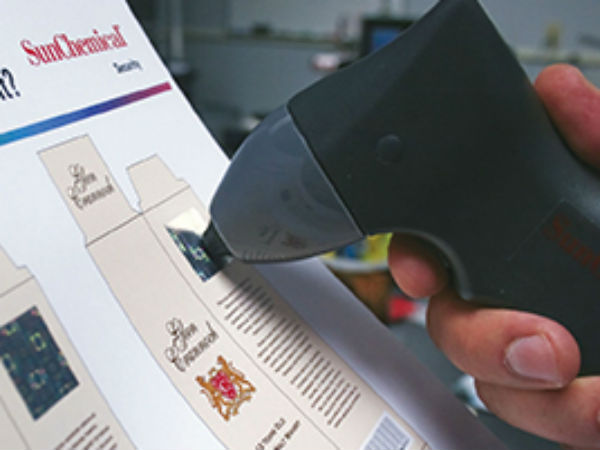 A verification reader can assist with brand-protection. 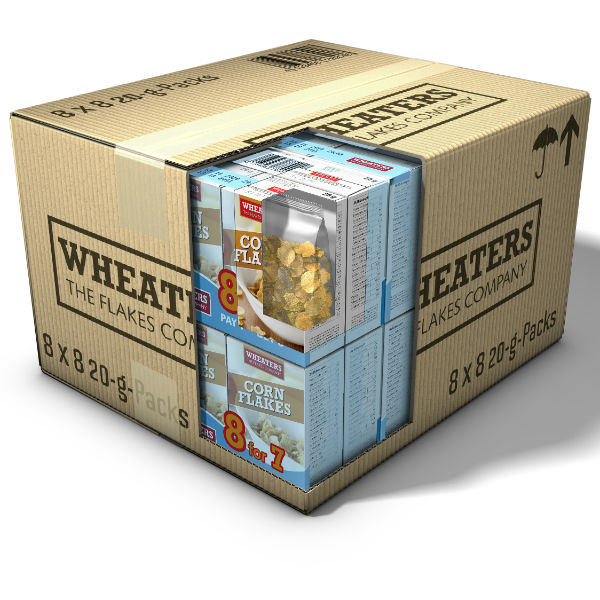 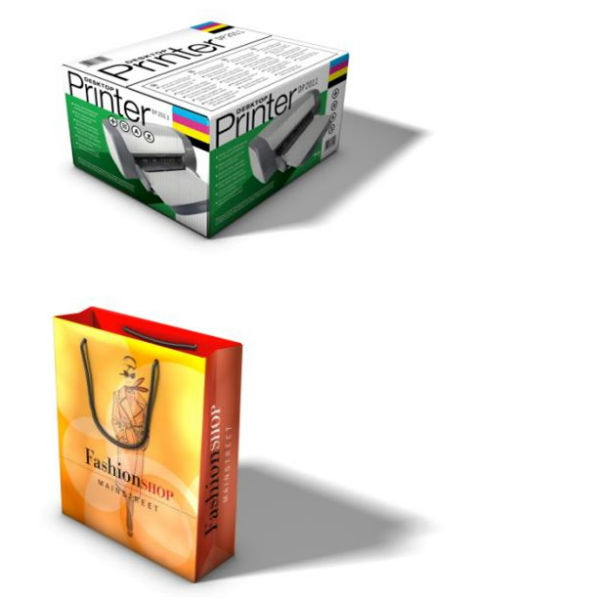 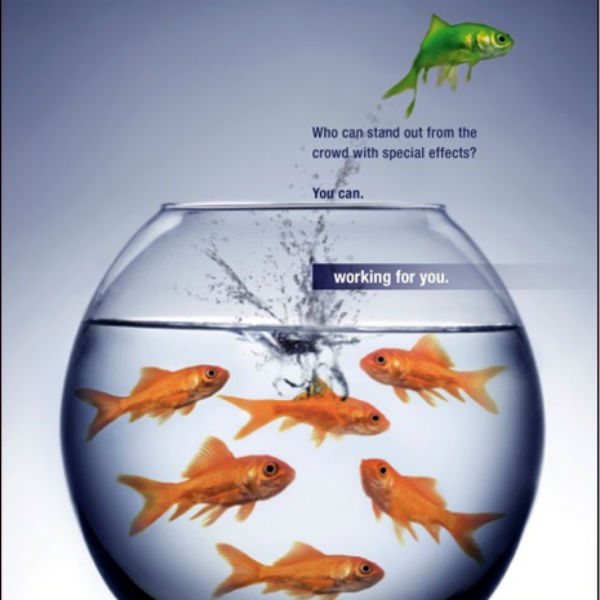 Engage the senses and stand out from the crowd using SunInspire special effects inks.