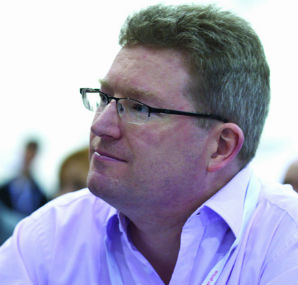 A bit of positive news to brighten the mid-winter gloom never goes amiss. So the pronouncements of the IMF's World Economic Outlook update this month, forecasting global growth to average 3.7% in 2014, rising to 3.9% in 2015, will doubtless be welcomed by businesses across all sectors.

The UK economy is predicted, to the surprise of most, to show some signs of a pick-up: the IMF has upped its forecast for UK growth to 2.4% in 2014 from last October's 1.9%. Perhaps more significantly still, the UK's quarterly unemployment rate has dropped dramatically to 7.1% of the workforce, falling by 167,000 to 2.32m compared with the previous quarter - news greeted as a pleasant surprise all round. At the same time, the numbers for those in work in the UK also rose sharply, by 280,000 to 30.15m, "the largest rise since records began in 1971", according to ft.com

However let's not get too excited too fast. These are 'macro' figures, and the ordinary consumer on the street is reportedly still very much feeling the pain of pay rates lagging behind the rising cost of living. With the next UK general election now not much more than a year away, though, we can probably expect a little lightening of the austerity burden to be announced before the end of the year.

Having said that, forecasts are just forecasts, of course, and who knows what will crop up in the coming months.

In the packaging industry specifically, January saw the release of a new in-depth study, Packaging Trends: The future of manufacturing - from GEPPIA, the French Packaging & Processing Machinery Trade Association - which can be downloaded free at www.packaging-trends.com

However the principal role of packaging is still to sell and protect the products within.

In the report's section on the importance of adapting to all distribution channels, L'Oréal packaging & development director Philippe Thuvien says that packaging and design are "key vectors of innovation in the world of cosmetics, especially in the current global economic environment" of demands for ever-faster innovation processes - it's an area we touch on in this issue in our 'Dispensing solutions' and 'Personal care' features this month.